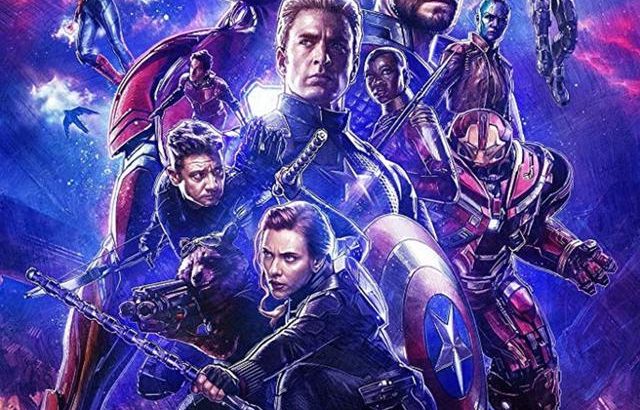 Avengers: Endgame is a 2019 American superhero film based on the Marvel Comics superhero team the Avengers, produced by Marvel Studios and distributed by Walt Disney Studios Motion Pictures. It is the sequel to 2012’s The Avengers, 2015’s Avengers: Age of Ultron, and 2018’s Avengers: Infinity War, and the twenty-second film in the Marvel Cinematic Universe (MCU). It was directed by Anthony and Joe Russo, written by Christopher Markus and Stephen McFeely and features an ensemble cast including Robert Downey Jr., Chris Evans, Mark Ruffalo, Chris Hemsworth, Scarlett Johansson, Jeremy Renner, Don Cheadle, Paul Rudd, Brie Larson, Karen Gillan, Danai Gurira, Bradley Cooper, and Josh Brolin. In the film, the surviving members of the Avengers and their allies work together to reverse the damage caused by Thanos in Infinity War.

The film was announced in October 2014 as Avengers: Infinity War – Part 2. The Russo brothers came on board to direct in April 2015, and by May, Markus and McFeely signed on to script the film. In July 2016, Marvel removed the title, referring to it simply as Untitled Avengers film. Filming began in August 2017 at Pinewood Atlanta Studios in Fayette County, Georgia, shooting back-to-back with Infinity War, and ended in January 2018. Additional filming took place in the Metro and Downtown Atlanta areas and New York. The official title was revealed in December 2018. With an estimated budget of $356 million, it is the third-most expensive film ever made.

Avengers: Endgame was widely anticipated, and Disney backed the film with extensive marketing campaigns. It premiered in Los Angeles on April 22, 2019, and was theatrically released in the United States on April 26, 2019, in IMAX and 3D. The film received praise for its direction, acting, musical score, visual effects, and emotional weight, with critics lauding its culmination of the 22-film story. It also broke numerous box office records and has grossed over $2.7 billion worldwide, surpassing Infinity War’s entire theatrical run in just 11 days and becoming the highest-grossing film of 2019 and the highest-grossing superhero film ever, as well as the second-highest-grossing film of all time.