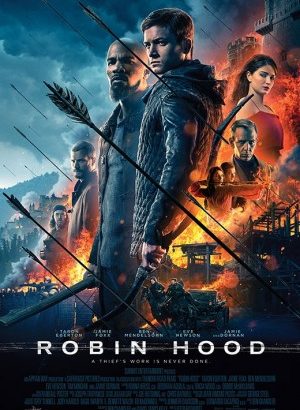 Robin Hood is a 2018 American action-adventure film directed by Otto Bathurst and written by Ben Chandler and David James Kelly, from a story by Chandler. It is based on the tale of Robin Hood, and follows his training by John to steal from the Sheriff of Nottingham. The film stars Taron Egerton, Jamie Foxx, Ben Mendelsohn, Eve Hewson, Tim Minchin, and Jamie Dornan.

Robin Hood was released by Lionsgate on November 21, 2018. The film received generally negative reviews from critics, who criticized the narrative and wasting of the cast, with several unfavorably comparing it to 2017’s King Arthur: Legend of the Sword.

← Fantastic Beasts: The Crimes of Grindelwald
RALPH BREAKS THE INTERNET →